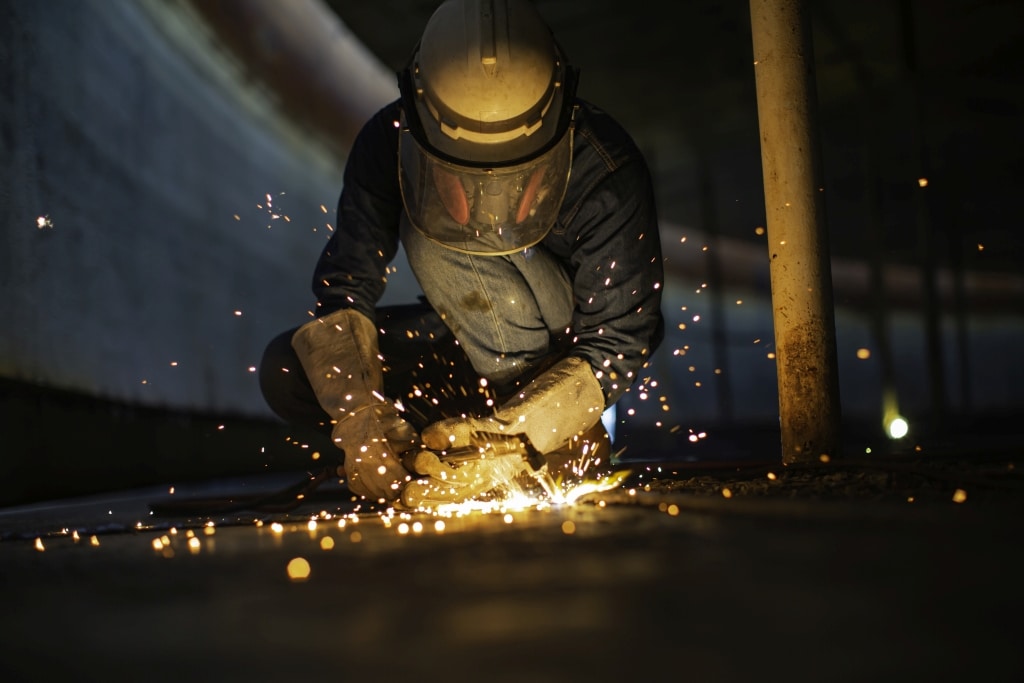 In this article, we will discuss the plasma weldinghow it works, the equipment needed to make it, as well as the advantages and disadvantages of this welding technique.

As we have seen in previous articles, there are many different welding techniques that can be used depending on the type of work and our technical needs. Can it be useful to know plasma welding if we are amateurs?

What is Plasma Welding?

Plasma welding, little used in DIY, is essentially an evolution of the TIG welding. The electrode is found inside the torch and is most often made of tungsten, a gray to white colored metal, widely used in industrial processing due to its high mechanical resistance to traction and heat.

It is also widely used in this type of machining due to its low cost and the high performance it can guarantee. With this welding technique, the electrode is inside the torch: the protective gas coats it, but the arc remains separated from the gas thanks to a nozzle from which the molten metal (plasma) emerges.

Thus, the arc, which escapes from the orifice of the nozzle at very high speed, continues to form the weld. Due to the heat resistance characteristics mentioned earlier about tungsten, it can reach a temperature of about 20,000°C and can even reach higher temperatures if the welding focus is increased.

So what is plasma?

The plasma is formed in the torch from the union of the plasmogenic gas surrounding the electrode and the electric field present. This gives rise to plasma, which is a strongly ionized gas.

This forms a large amount of highly concentrated energy which is directed outwards through the nozzle with excellent performance in terms of:

The latter can also be adjusted according to the type of nozzle which is fitted to the welding torch and which is water cooled to withstand the extremely high temperatures created in this welding technique.

What metals can I weld?

Plasma welding is extremely versatile and can be performed with almost all types of metals (including carbon and low alloy steel, stainless steel, copper alloys, nickel, cobalt and titanium) and with medium to high thicknesses.

One of the characteristics of this very efficient welding technique is the fact that it has two gas streams: one protects the weld from external oxidation and the other wraps around the tungsten electrode, forming the core of the arc from which the plasma is released.

As has been suggested, plasma welding is a very advanced technique used in industry, primarily as automated welding. Think for example of the automobile industry where robots on an assembly line weld the various components of the car. Why is it preferred over other welding techniques? Advantages :

In one look ? The high concentration of welding power in a precise point allows very high precision and therefore cleaner and more efficient work.

Then there are the time benefits

Plasma welding is faster than other techniques. This is a very important point, especially when it comes to mass production, which always requires maximum optimization of working time. It is also faster than TIG welding.

Another advantage for the working environment is the almost total absence of dangerous and extremely harmful welding fumes, which can cause long-term health problems.

As we have seen so far, plasma welding has many advantages, but is all that glitters really gold? Unfortunately not, and this process also has drawbacks and critical points:

It is precisely for this reason that this welding technique and the use of a plasma cutter is mainly used in the aerospace industryin the construction of pipelines and for the manufacture of industrial grade commercial products.

Other tests/comparisons and buying guides that might interest you